Many of us who say that animals don’t have emotions, they don’t have feelings, but there is a heartbreaking moment of elephant showing emotions was reported by the HuffPost , when a baby elephant cried for five hours after his own mother attacked and rejected him at the Shendiaoshan Wild Animal Nature Reserve in Rongcheng, China.

When baby Zhuangzhuang was born, his mother rejected him. Right after he was born, his mother almost stamped him to death, causing a great shock with the elephants’ caretakers. At first, they thought it must’ve been an unfortunate accident, but when the baby’s wounds were treated and he was brought back to his mother, she attacked him once again.

The baby elephant cried real tears, streaming from his reddened eyes. An employee said Zhuang Zhuang was crying because he didn’t want to be removed from his mother. He didn’t understand she was endangering him. Just as with human beings, elephants suffer from acute psychological distress when they are rejected at birth. They need a stable, comforting environment, intimacy, and company.

Luckily, the calf showed resilience after some time of grief and is now leading a happy, vibrant life. 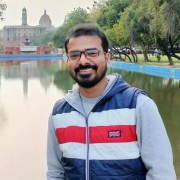 A kid by heart, Enthusiastic, explorer and a Learner. So much interest in Ancient History, an animal lover, trying to express this beautiful world through my words. I help people and websites with content, videos, design, and social media management.

21 Amazing Photographs That Reveal The Truth Behind The Photography

World Sparrow Day: How to sparrows return to our home again?

5 Major Social Media Mistakes That Could Ruin Your Career