Prime Minister Narendra Modi has unveiled the “Statue of Unity” built as a tribute to freedom movement icon Sardar Vallabhbhai Patel on his 143rd birth anniversary. Now India has honour to have a tallest statue in the world. The Statue of Unity which is likely to spread the message of unity to the world. India has always been the philosophy of Peace and unity and now it has created another milestone towards it.

This world tallest statue is the statue of our great freedom fighter and first home minister of independent India Sardar Vallabhbhai Patel also known as Iron man of India.

Who was Sardar Vallabhbhai Patel?

Vallabhbhai’s childhood was spent away from books, in the ancestral fields at Karamsad. He was already in his late teens when he passed out from the Middle School at Karamsad and went to the High School at Nadiad, from where he matriculated in 1897. Later on he became a lawyer and used to practice at Godhra.

Vallabhbhai was a young mature man of twenty-two years old when he passed matriculation. But because of poor family economical condition, higher education was beyond his reach.Vallabhbhai became quite popular here as a defence lawyer. He wanted to study in England and qualify as a Barrister. But because of his expense and owning somme certain  circumstances he was not able to make the trip at once.

Impressed by Mahatma Gandhi’s leadership he entered into politics and elected first time as a sanitation Commissioner of Ahmedabad. From 1924 to 1928 he was Chairman of the Municipal Committee. Later on he contributed a lot for Indian National congress and in Indian National Movement.

When India attained Independence he became the Deputy Prime Minister and was responsible for the Home, States and the Information and Broadcasting portfolios.He died on December 15, 1950, leaving behind a son, Dahyabhai Patel, and a daughter, Maniben Patel.

All you need to know about the world tallest statue.

A 182 metre tallest statue of Sardar Vallabhbhai Patel called “Statue of unity” has been unveiled today by honourable Prime minister Sri Narendra Modi. This Statue is now the world tallest and two times taller than the statue of liberty.

This statue is situated 3.5 km away from the

Sardar Sarovar dam on narmada river. Its height is 182 metre

and is visible from 7 km round.

Total weight of “Statue of Unity” is 1700 ton. Its fits are 80 ft long and hands are 70 ft. It has been constructed under the supervision of  Ram V. Sutar who is currently busy in designing Shivaji statue.

This Statue is worth Rs 3000 crore. Its foundation has been laid by the Sri Narendra Modi as a chief minister of Gujarat in 2013 on Patel’s 138th birth anniversary. To build this Statue, BJP party has run a national campaign to ensure maximum Iron collection.

Engineers have completed this project in four different segment i.e.- (1) mock-up, (2) 3D, (3) Scanning Technology (4) Computer numerical control production technology. strategically statue’s upper side id slightly thinner than the bottom side. The major challenge while its construction was to protect it from earthquake and other natural calamities.

It has the advantage that it can maintain its stability while in 180 km/h wind speed and earthquake of 6.5 frequency. Along with the Indian workers, more than 200 Chinese worker contributed their effort to make this Statue.

Government has sanctioned about Rs 3000 crore to L&T company to company this project. There is a Lift service on this Statue to reach on top.

This Statue is surrounded by water and have a boat and pool facility along with Life to reach and enjoy toll top of the statue for visitors. From here only visitors can see the Sardar sarovar dam and beautiful garden alongside.

Government has developed this place into a tourist destination, as valley of flowers has been developed in approx 250 acres and more than 100 types of flowers are planted. Also there is a small tent city has been developed for the tourist.  In these 250 tent house tourist can experience different types of Gujrati dishes and their cultural.

Four different types of metal is used in this statue to ensure longer durability. It would be corrosion free for a long as 85% of its is made up of bronze.

Holding the record of tallest statue will no longer exist as India is planning soon to construct another statue of Shivaji in Mumbai which is expected to be tallest than “The Statue of Unity” by 30 metre.

The huge amount of Iron and Bronze used in this statue is collected by the people. Mostly from the rural India and Farmers donate their useless iron agricultural equipment parts.

To visit this Statue you should purchase a ticket which is of two category, @ 350 and 380. One include Gallery view and one from outside.

Inauguration of this Statue has created a topic of discussion among the political party and around the globe with regard of its view and uniqueness. If you Re planning to visit Gujarat, you should must visit once there with your family. 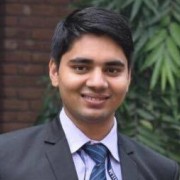 These 5 Healthy foods habit keeps your body chill in Summer

The countries where same-sex or LGBT marriage is officially legal

These tremendous ways will heal your sad mind throughout the moment