Nikesh Arora who Born in Ghaziabad, Uttar Pradesh, completed his B.tech from BHU has become the highest paid CEO in the IT industry by overtaking Apple CEO Tim Cook in terms of salary. SiloCon Valley-based cybersecurity company Palo Alto Network will pay them $ 12.8 million or about 859 million rupees annually.

Nikesh Arora has a long career in the technology sector. Earlier, he has worked in Soft bank and Google. Nonetheless, Arora has replaced Mark Mikalakolin. Mark was CEO of Palo Alto from 2011 until this week. By the way, Marc will continue to be the vice president of the board of the company. Arora will also be the chairman of the board.

Arora’s annual salary will be 6.7 million rupees and the same will get the bonus. Apart from this, he will get shares worth Rs 268 crore, which he will not be able to sell for 7 years. If they managed to raise the share price of Palo Alto by 300 percent within the next 7 years, they would get Rs 442 crore more.

Before Nikesh Arora, Apple CEO Tim Cook was the highest paid CEO in the world of technology. Their annual package is $ 11.9 million (about Rs 799 crore). When Arora left his job in 2014, his annual salary was $ 50 million. After this, he joined Soft Bank and here he bought shares of $ 48.3 million. They remain in Soft Bank until June 2016.

Who is Nikesh Arora?

Nikesh Arora’s father was an officer in the Indian Air Force. He did his schooling from the same school of Air Force in Delhi. After this, he graduated in electronic engineering from BHU IIT in 1989. Then started a job in Wipro, but soon quit and went to America for further studies. He did an MBA from the Northeastern University of Boston.

In 1992, he joined as an analyst at Fidelity Investments. But, he did not leave his studies, he began studying financial programs at Boston College, where he used to class in the night. His hard work brought color and he topped the class. Along with this, Arora completed the Chartered Financial Analyst in 1995. 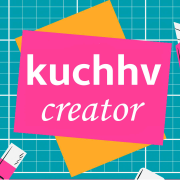 5 Most Dangerous Train Routes In the World

World Sparrow Day: How to sparrows return to our home again?